No matter how severe the wildlife intrusion upon your home was, it is important to remember the vital step of sanitation. You may have had only a couple of animals in your home, but what they have left behind could affect your family or those living in your home in insurmountable ways. The animals that made your home their home may have only left behind a small number of feces or urine, but that small amount could negatively impact you and your family’s health.

The wildlife will not only leave behind feces or urine. They can also leave behind hair, random pieces of the outdoors that they used to build their home, and leftovers of their food. Wildlife not only can severely damage or destroy certain parts of your home that need to be repaired, but they can also leave behind extremely large messes that must be sanitized properly to ensure the health of those living or working in the home. Sometimes waste can be cause for repair itself. Urine or feces could build up in the ceiling, make it sag, and cause a large structural repair.

The remnants of the wildlife, whether its food, feces/urine, or other odor-causing objects may even bring additional wildlife into your home. If left behind, any of these remnants could develop an odor and attract new wildlife.

Remnants of the wildlife that you just removed from your home can develop more than just odors. The animals can be a danger to humans themselves because of various diseases or parasites that they carry. The urine/feces and objects that they have interacted with and left behind can be contaminated as well. The saliva of certain animals can even be hazardous.

Depending on the type of animal that found its way into your home, the consequences of their presence will bring different hazards into your home. Some parasites, diseases, or other ailments you may encounter through the wildlife could be ticks, fleas, roundworm, leptospirosis, salmonellosis, or rabies.

Rodents can carry diseases that can be transmitted through themselves or their feces. Some small rodents may even find their way into cabinets, kitchen counters, or other parts of the home that contain consumable items. It is important to ensure that there has been no chance that your family’s food or water has been touched or possibly contaminated by the rodents. Rodent droppings can contain all types of viruses. Arenavirus, Hantavirus, and Leptospirosis are just a few of them. If some rodents are missed because they died inside of your home, they can create hard-to-remove odors and are another way the viruses could impact the people inside your home.

Raccoons can cause serious physical damage to your home that will need to be properly repaired, but they can also leave behind health hazards as well. Raccoons are notorious for carrying rabies, so them just being in your home can be dangerous. If a family of raccoons decides to put down roots in your home, the number of feces and urine that is left behind could require a large removal, sanitation, and repair. It is so vital that your space is properly sanitized after this because raccoons may not only carry rabies, but also roundworm.

Bats may not cause as much structural damage as other animals, but they can leave behind a large number of feces or urine that is extremely harmful to humans. Their droppings are called guano. Guano can lead to serious respiratory infection if left in the home. This is called histoplasmosis. Bats can also carry rabies and parasites that can spread to the humans living in the home.

Chipmunks and squirrels may find their way into your home through holes or small cracks in the foundation of the building. Both of these can spread disease and bacteria throughout your home. Squirrels and chipmunks both can carry Lyme disease. Lyme disease can be spread by ticks that carry the bacteria. Both animals may also have rabies and salmonellosis can be found in their feces.

The urine and feces left behind by bats, and other wildlife could cause mold to grow within the home. This mold is another remnant that would need to be carefully sanitized and removed from the space as it can be harmful to humans as well. The feces, urine, and developed mold can attract insects or bugs to the space. 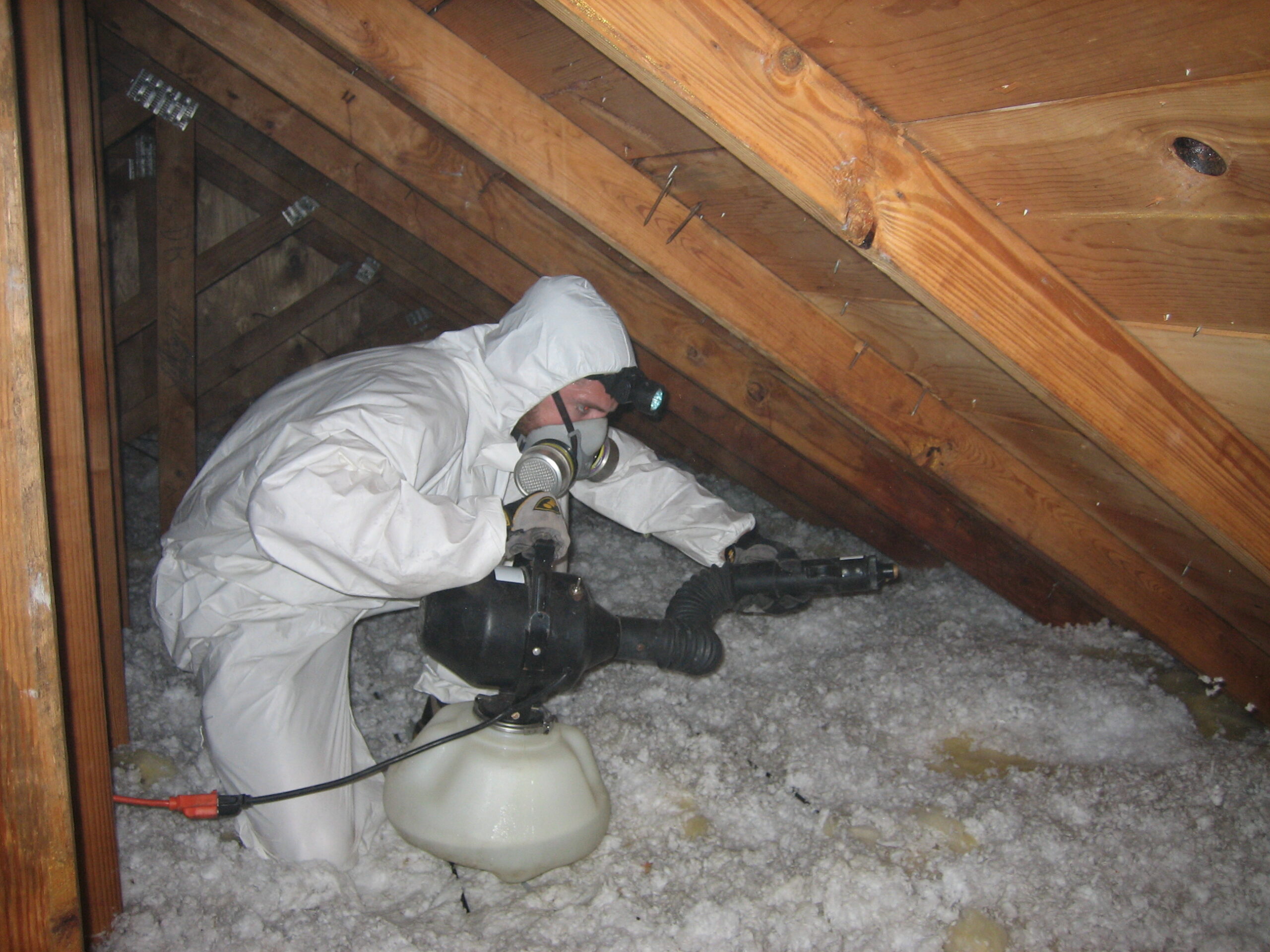 No matter the animal, care needs to be taken to sanitize and clean your space of all remnants. The animals themselves, the feces/urine they left behind, and the damaged parts of your home that they have interacted with can be detrimental to your house and your health.

Not all sanitation processes are equal, so you will need to adjust what you do based on what damage has been done or what has been left behind by the animals. The length of time the animals were there and the number of animals will also impact the type of sanitation that needs to be completed.

Simply wiping down the area or vacuuming up the feces and droppings will not suffice in most cases. These remnants can be found in very small or unnoticeable spaces, so an extremely thorough search is necessary. Even a small amount left behind could be harmful to the family or residents living in your home.

When beginning the sanitation process, it is important to inspect and see if there are any permanent or integral parts of your home that were contaminated by the wildlife. In the attic, for example, damaged or soiled insulation may need to be completely removed and replaced. Making sure those permanent or structural pieces of your home were not permanently damaged by the urine/feces is a vital part of this process.

Raccoons often defecate in common areas. They create a space where most of the family will relieve themselves in the same spot. These areas are called latrines and can cause a lot of damage depending on the size of the raccoon family and the longevity of their time in the space. These latrines will need thorough sanitation and you will need to remove all permanently damaged and contaminated pieces of the area.

Vacuuming all of the debris and feces is a good place to start, but more will need to be done to make sure the entire area is effectively cleaned and sanitized. When vacuuming, it is important not to interact with or irritate the feces too much because this can release some of those pathogens and respiratory hazards into the air. All of this commonly takes place in areas of your home where you don’t spend a lot of time. Do not let this deter you from taking proper measures to clean and sanitize. Obviously, humans can be harmed while directly interacting with animal feces and urine, but some parts of it can become airborne as well. What starts in a remote part of your home could make its way to a well-frequented area of your home through the air.

In order to properly sanitize the space, a device called an atomizer is often used. These machines spray a decontaminant solution around the entire area and are able to reach and decontaminate areas that may not be reachable by hands, vacuum, or other methods of cleaning. Atomizers spray a super fine mist around the entire area. Those who are administering the atomizer need a disposable suit and respiratory mask for breathing. Sanitation can be completed without an atomizer, but the sprayer is able to reach most places of the space in its entirety, so it does an extremely thorough job and is well worth the money and time.

Deodorizing the space needs to be completed as well. For obvious reasons, the animals and what was left behind can leave an unpleasant smell that you will want removed from your home or space.  An atomizer can also do a good job to eliminate the smells left behind by the animal’s feces and urine.

If there is any amount of debris or urine left in the space, the animals may come back or new animals may make the space their own. Odors from animals and their debris do a good job of attracting more wildlife. In some cases, we may smell nothing at all, but that does not mean all odors and contamination have been removed. Pheromones are something humans cannot smell, but other animals will. Thorough sanitation of the area will solve this and get rid of those smells that we are not sensitive to.

Any damaged or contaminated insulation or walls will need to be looked at as well. Insulation will need to be removed and then replaced after deep sanitation has been completed. It is important that insulation be replaced according to code and professionals will know what that is for your particular home or space.

Ensuring that proper sanitation of the space has been completed will not only decrease the likelihood of animals returning, but will also ensure that you or your family’s health and well-being are not affected long-term by your short-term wildlife visitors. 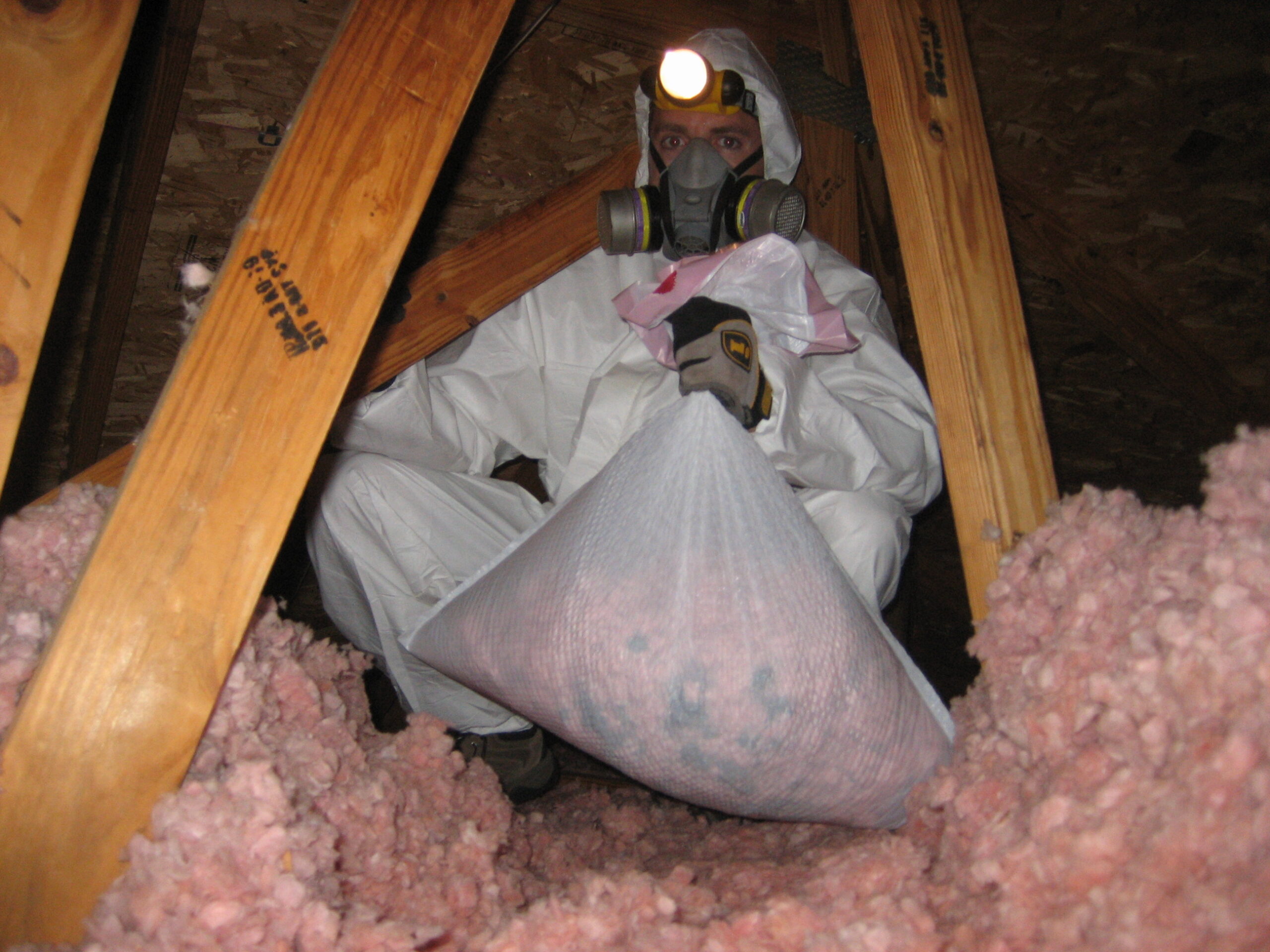