Voles are one of the smallest rodents in the US, and they’re not the first ones you’ll think of when you think of animals living in your home. However, they love yards and gardens and may well show up. Here’s everything you need to know about voles, so you can spot them and deal with them should they appear on your property.

An average vole will measure around 3 to 9 inches in length as an adult and are very similar to mice. They have stout bodies, small eyes and ears, and a short hairy tail. Their coarse fur is usually a grayish-black or brown, depending on the species of vole. There are plenty of variations between voles though, as there are 155 different species of voles.

What do voles like to eat? They have a taste for green vegetation, making your garden a prime target. They especially like to eat grasses and plants, so you’ll soon see if they’re in your yard as they’ll be eating everything that you’ve planted. They’ll also eat seeds, berries, and nuts.

Voles are not strictly herbivores, though. You’ll see that they’ll also eat carrion should the need arise. If vole populations get too high, they’re also known to cannibalize each other should they need to. 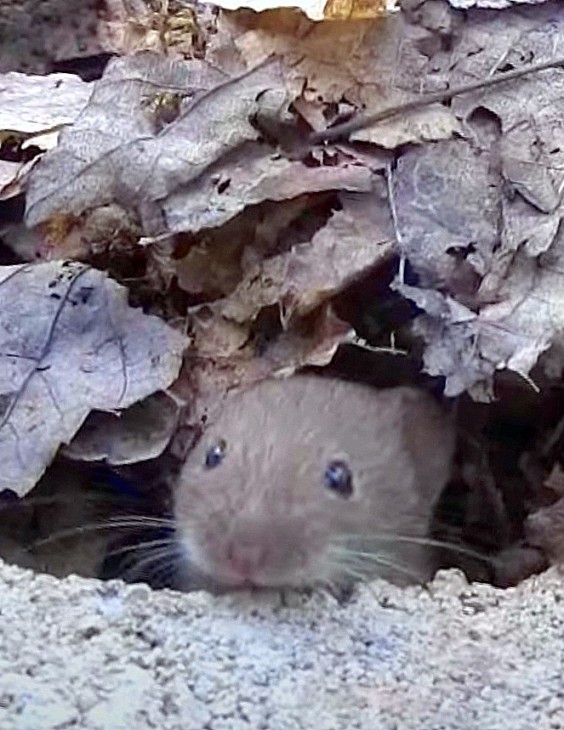 Voles are more than happy to make your garden their home. If they’re in the wild, they prefer open meadows to live in. If they aren’t available, they will live in pastures and other farmlands. They have adapted well to urban living too, so you’re more likely than not to see them in your neighborhood. 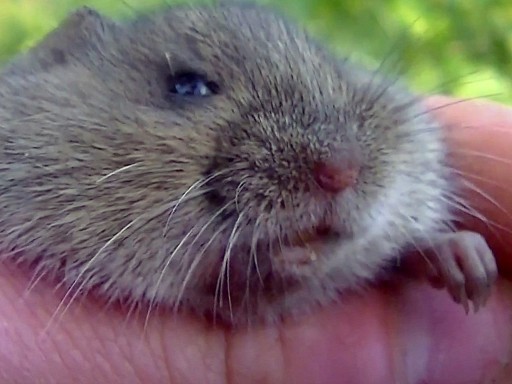 To make their homes, they’ll find burrows and tunnels under the grass. They’re actually more likely to find tunnels that other small animals have dug, rather than digging their own. If there are no tunnels though, they will create their own.

They typically love to dig under roots, giving them easy access to their food source. This will eventually kill off the plant they’re living under.

The tunnels they use are usually 12 to 16 inches beneath the ground and have separate living areas. In a typical burrow, you’ll see areas for sleeping, food storage, mating, and even nurseries for their young.

As you can see, voles are excellent diggers. However, they’re very poor climbers, making them prefer to stay underground as they can stay away from predators. Most voles tend to stay in their tunnels during the day, only coming out at night in order to collect food. However, there are some breeds out there that will come out in the day. There are some breeds in Europe that are even semi-aquatic, too.

When a vole births new babies, the number of male and female voles is evenly mixed. As they get older, the number of males diminishes over time. This could be due to the fact there’s fierce competition for mates. Males will mate with more than one female at a time, moving from burrow to burrow in order to breed. The lifespan of a vole isn’t that long, with a vole only living up to six months on average.

Voles in Your Yard

How do you know if you have voles in your yard? The first sign you will see is that your plant life and grasses will be eaten, which of course is frustrating when you’ve worked hard to make it look good. The burrows they make will damage lawns too, so you’ll be able to see tracks where they have been digging. 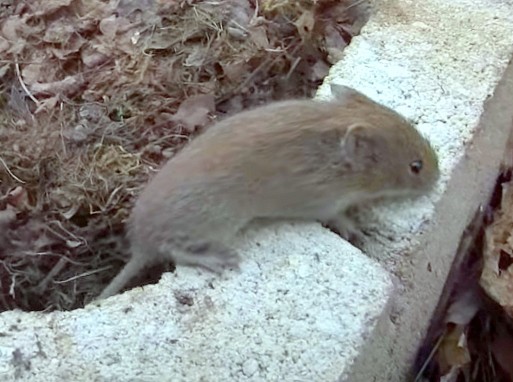 If you see these signs, it can be difficult to remove voles on their own. As they’re so small, it’s difficult to trap them like you would with a larger animal. If you can trap them, you’ll need to transport them away to a grassy area for release. If you’re unsure how to remove them, it’s best to call a wildlife control service to help you. Voles are a tiny creature that can cause all kinds of damage to your garden. They’re aggressive in nature and will fight each other if need be. They love grassy areas and plant life, so they’re likely to show up in your yard. If you see them, call a wildlife control service to take care of them.