Are Bats a Threat to People or Pets?

In the public eye, bats are considered to be one of the most dangerous mammals in the animal kingdom. Thanks to the media and several Disney bat characters, bats are strongly associated with blood-sucking vampires, spookiness, and haunted houses. Nothing can be further than the truth. While three bat species feed solely on blood, not a single of the 50 bat species found in North America feeds on blood. This makes bats one of the most misunderstood creatures. In this post, we’re going to explore the behavioral attributes of bats and examine if they pose a real threat to people and pets.

Role of Bats in the Ecosystem

Bats are crucial for sustaining balance in the ecosystem. As most American bat species are insectivores, they help keep the insect population in check. In an hour, a single bat can eat up to 1,200 mosquito-sized insects, and in a single night, that adds up to about 8,000 insects. Without a doubt, bats are one of the most populous mammals on the planet! 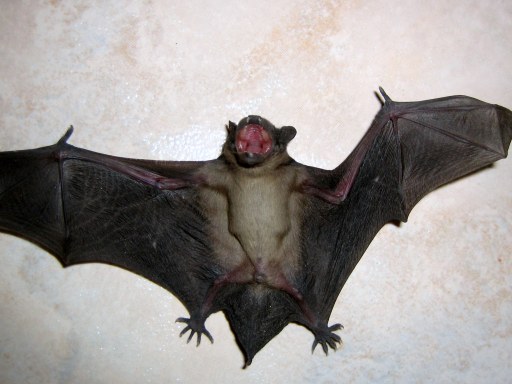 There are so many that we have no idea of their population. Think about what would happen without them. Trillions of insects – including harmful ones like mosquitoes – will explode in population and wreak havoc to plants and animals.

Furthermore, other bat species primarily feed on fruit or nectar making them important pollinators. Did you know that over 500 plant species, including banana, mango, agave, and guava, rely on bats to pollinate their flowers?

You might ask, “If bats are so beneficial to the environment, then where does the problem lie?”. Like many other wildlife conflicts we face, it’s a result of our actions. During the daytime, bats primarily retreat to caves, old buildings, rock crevices, while some species roost in trees. Because they prefer warmer climates bats either migrate or hibernate during winter.

As humans have encroached into wildlife settlements for the expansion of cities, conflicts are beginning to rise. Mining activities, blasting of caves for dam construction, quarrying rocks, tourism, and many other actions have disrupted the natural habitat of bats.

In response, bats have become acclimatized to living with humans. That’s why bats are also found under bridges, in attics, in old buildings, and many other man-made structures. However, we are yet to be tolerant of these changes.

Understandably, interacting with wildlife comes with its associated risk, and bats are no exception. However, what extent of risk do they pose to us and our pets?

Assessing the Risk of Rabies Posed by Bats

In many people, the fear of bats is instigated by the risk of contracting rabies. While it is true that some bats do carry rabies, the risk level is nowhere near what is imagined. First, several other small animals like raccoons, skunks, and foxes are similarly potential carriers of rabies. Less than one percent of wild bats are carriers of rabies. The chances of a rabid bat biting you or your pet are insanely low.

Just to give you a bit of perspective, since 1951, there have only been 44 confirmed deaths as a result of bat rabies. That’s less than 1 death per year! In a country with over 320 million people, that’s prosperously low.

However, this is not the same as no risk! Rabies is a fatal condition if no medicine is administered after contracting the infection. That’s why you have to avoid direct contact with bats. Never handle a bat. If you find one in your home, open your doors and windows to allow it to escape or better still, you should call a wildlife removal expert to deal with it.

Although lesser-known, bats are carriers of more insidious airborne diseases. As an example, bats are known to carry a soil fungus called Histoplasma capsulatum that is commonly found in their feces or guano. Guano is the accumulated excrement of bats. With time, large amounts of guano begin to disintegrate and become airborne. 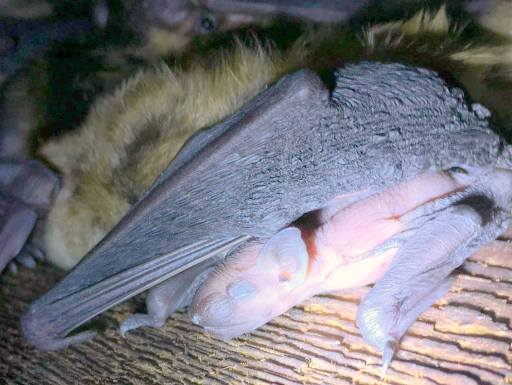 That means they can be potentially inhaled by humans. Unfortunately, it affects the lungs and causes a disease known as Histoplasmosis. Common symptoms associated with this disease include dry cough, fever, joint pain, and chest pain. However, if left untreated, it can devolve into coughing up blood, swelling around the heart, stiff neck and headaches, and acute respiratory distress syndrome.

This highlights the importance of staying clear of bat feces and guano. That’s why you need a professional to help clear out guano. They have the necessary equipment and clothing to protect themselves from the fungus.

While bats are crucial to the environment, we must avoid direct interaction with them. Bats do not attack humans and they even try their best to stay clear of humans and pets. Provided we also stay clear of them and their feces, there’s absolutely nothing to worry about.