The process of mating can take many different forms depending on the type of snake and the location they are based in, however, all snakes employ internal fertilization. Mating is often determined by the availability of adequate food supplies and appropriate temperature that must be suitable for sustaining offspring. The basic act of snake mating is when the male finds a female, and they are both mature enough to mate.

The mating process starts with a mature female snake that releases pheromones from the glands located on the back skin. It is a special scent that the female leaves behind during the day as she moves around and it means that she is ready to mate. When a mature male snake catches the odor, he follows the trail until he finds the female. When there is more than one male candidate, snakes fight in order to prove to the female which one is stronger. The snake that wins and doesn’t back down often gets the opportunity to mate. However, we can observe many different tactics in acquiring mates demonstrated by 3,000 different species of snakes.

Snakes’ organs of reproduction are found inside of them. This means that when the male snake finds the female, he first must align his body together with hers. 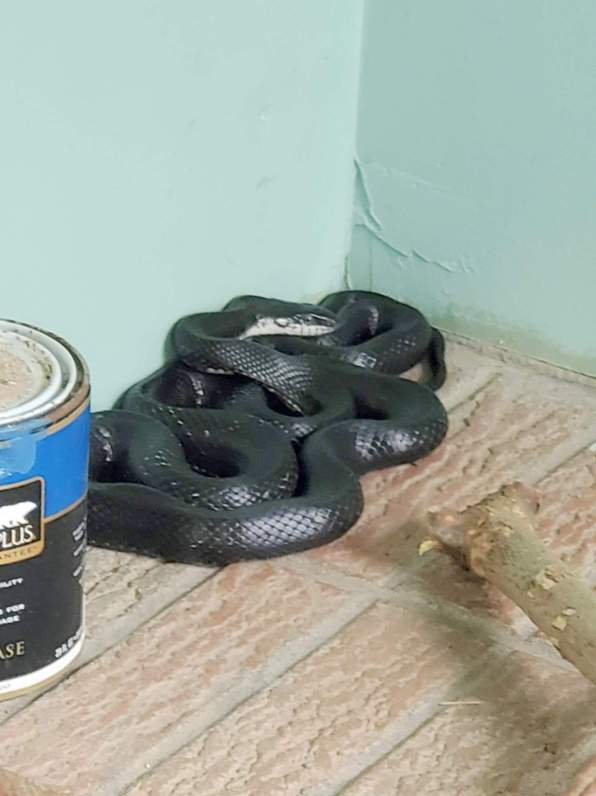 At that moment, their cloacas come in contact as the male wraps its tail around the female snake. The cloaca is an opening in snakes found at the end of the digestive tube and is responsible for both releasing the fecal matter and genitals.

The male inserts two sex organs into the female’s cloaca until they extend and release spawn. Mating can take less than an hour to a whole day, depending on the species.

The male and female go separate ways after the eggs have been fertilized. Some female snakes can even turn hostile after the mating act.

Typically, female snakes can reproduce once or twice a year. Some species give birth to young ones which are live, and some lay eggs – that’s why it is impossible to describe one specific birth method for all snakes. The female can lay eggs immediately or the eggs may stay in her body until they are ready to hatch.

The mating process for snakes based in tropical places can happen throughout the year, whereas in colder areas snakes usually mate during late spring/early summer.