The world is full of animals. While millions of animals globally are domesticated and tamed, there are still billions of wild animals roaming the globe. Some people love wildlife and even play with wild animals, while others want nothing to do with them. These animals aren’t necessarily the easiest to handle either, whether they’re frustratingly living under your home or just caring for their families. Wild animals might eat plants, attack pets, invade homes, or just roam around a neighborhood. No matter what an animal might be doing currently, there’s a variety of problems that are likely to pop up, and as such, trapping and releasing is one of the best ways to take care of problematic animals.

Traps are one of the most common solutions for relocating or killing animals, in part due to their ability to move, injure, or painlessly end the life of a wild animal. Everyone has seen a trap at some point or another in their life—mouse traps, foot traps, or anything in-between. There are several more types and sizes of traps, meaning that it’s usually better to learn about each of these traps before trying to use one. The easiest thing to do to get rid of a nosy wild animal is to painlessly trap and remove them to a fitting environment—one that won’t lead them right back to where they started. So, let’s get started!

There are three major types of traps, lethal traps being the ones designed to painlessly kill small animals. These are normally used to trap mice or rats, one of the most common and easy-to-dispose-of wild animals. The most common lethal trap is, reasonably, the snap trap, the trap that you probably associate with mice best placed near areas of high animal activity. You’ve probably used one of these traps before, whether it may be a cockroach trap or a mousetrap. Lethal traps aren’t designed whatsoever for trapping and removing an animal, since there are so many better ways to remove an intruding animal without killing it. In most cases, foothold traps or cage traps are generally much more useful and less harmful to animals.

Foothold traps, designed to catch animals by the foot or leg, are used to capture (or wound), but not kill, wild animals. These traps hold an animal by its foot, activated by a pressure-sensitive plate. When an animal steps on one of these traps, jaws move inwards, keeping the animal in place. Foothold traps sometimes leave a wild animal with minor injuries if it is sharp or the animal’s the wrong size for that trap.

You’ve probably seen these traps as well, commonly shown in action movies that take place in nature. Characters get their foot stuck in a trap, and they must manually remove the trap. That’s close to what happens to wild animals. Foothold traps are best used for larger, more dangerous predatory animals, meaning that it’s generally less useful than other traps, such as the cage trap. It’s not recommended, and we don’t recommend using these traps, either, for smaller, less aggressive animals.

These traps are one of the most used traps, thanks in part to their wide availability, ease of use, and high success rate. Cage traps are, well, cages built to trap animals harmlessly. Cage traps, when used correctly, can completely remove trauma and harm from the equation for trapped animals while also promising their capture. Most cage traps are simple, with a movable door and a trigger mechanism inside. By placing bait behind a trigger and lifting the door to the trap when animals enter, they are usually locked inside when their weight triggers the trap’s closure. 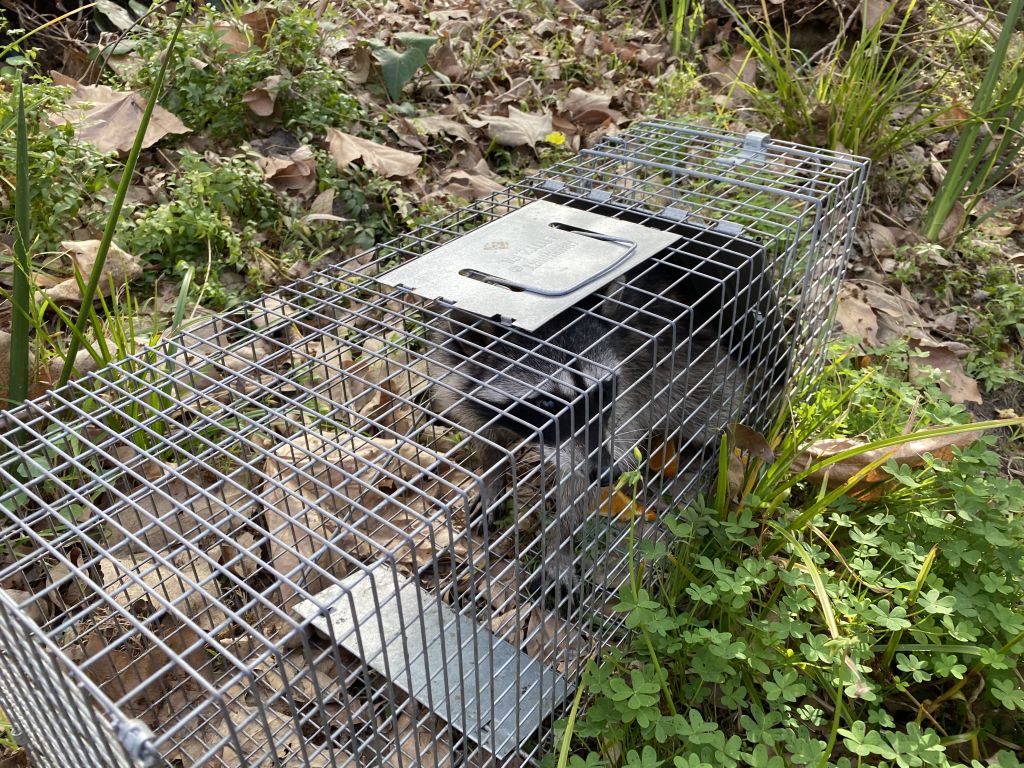 Successfully Setting Up a Cage Trap

Cage traps are one of the more complicated traps, thanks in part to their apparent design. When setting up a trap, there are a lot of different factors, although location and bait are the two most important aspects. Placing a cage trap in an area where animals consistently enter and exit gives you the highest chance of successfully trapping and removing an animal. Placing a trap near an animal’s entrance is the best position for trapping an animal quickly, although it might capture the wrong animal if too many cross through the entrance. Having this in mind, the best placement is close to an entrance, although with enough distance to prevent other animals from being baited and captured. It’s most useful to study an animal for a little while before setting up a trap, just to make sure you place a trap in the right spot.

However, even with the perfect placement of a trap, there’s a big chance you won’t catch anything. Cage traps won’t attract animals by themselves without the help of bait. There are endless combinations of different baits, each of which works better with one animal over another. Luckily, bait can be purchased from hardware stores or crafted at home. For example, many vegetarian animals, such as rabbits, can be baited effectively with apples or other fruits at home. Meat-eating animals, on the other hand, might be more attracted to store-bought, slightly older meat. Everything comes down to what individual animals prefer—something that you might have to discover yourself through trial and error.

Taking Care of a Trapped Animal

When you finally trap an animal, you have a limited amount of time to move the animal before it dies. Wild animals, trapped or not, are still living beings. As such, you need to take care of the animal before you move it. In most cases, it’s hard to tell exactly how long captured animals have been without food or water. Temporarily taking care of a trapped animal before relocating almost guarantees that it doesn’t pass away before being moved.

Taking some extra food or scraps to the animal, if you can’t relocate it quickly, is the best for its health. Luckily for most trapped animals, the bait in the cage might have enough nutrients to keep it healthy for a little while. Remember that it’s still a wild animal, and as such, when feeding it, don’t get too close, open the cage, or put your hand inside. You also need to remember that it’s important to give them water, too, although it can be difficult to provide water without putting yourself at risk. Again, remember that you don’t need to treat the animal as a pet, but it’s best to take care of it temporarily if you can’t relocate it soon. 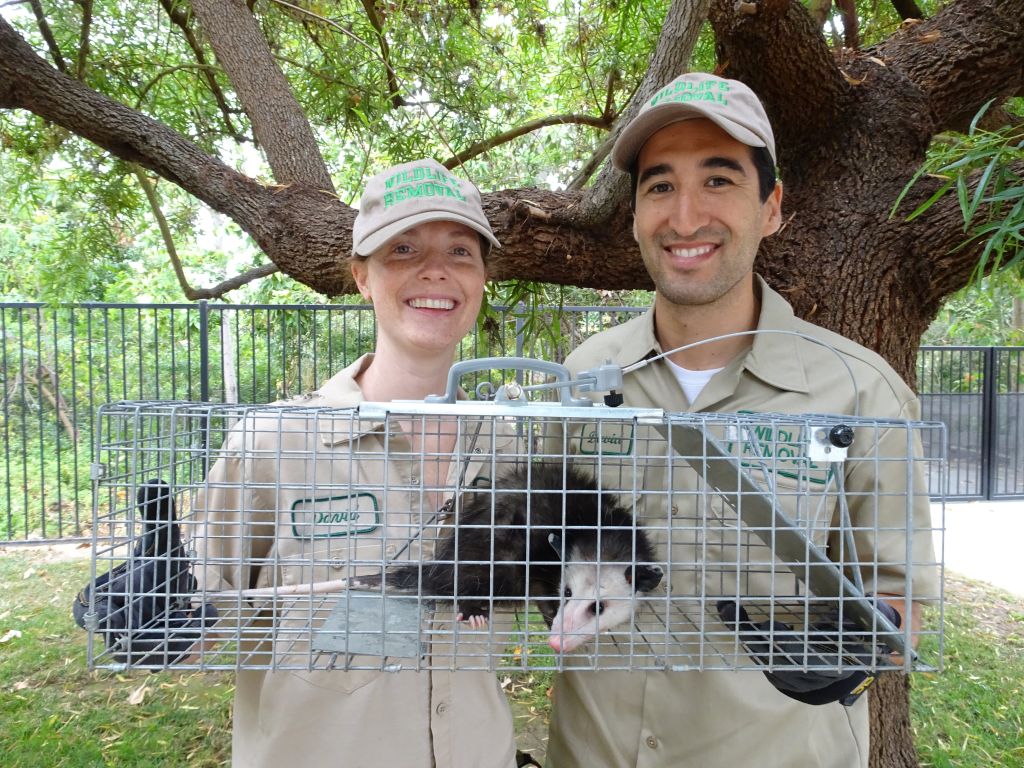 Once wild animals are trapped, whether in a cage trap or other, and you’re ready to relocate it—the last step is to remove the animal from its cage back into the wild. Many people end up immediately releasing a wild animal after trapping it, thanks to either freezing up after catching an animal or just not knowing what to do. You never want to immediately release an animal back into the wild, since without releasing it far enough away, it’ll almost always return. It’s also illegal in several places, meaning that re-releasing a wild animal back into your backyard might not only have the animal returning later, but it might also be a punishable crime.

The best thing to do with a trapped wild animal is to remove it from the nearby property or convince it to stay in a home just outside your property. Installing a small box for animals to nest in is a common solution, although it may require you to investigate different ways to convince the wild animal to make the box it’s home. These boxes are placed at the edge of gardens or property, allowing the animal to stay near its family but theoretically away from your property.

However, there is no guarantee that building an outside home for wild animals will stop the animals from roaming back to your home or property. That’s where the most common solution comes in; completely removing the caged animal from your property. After carefully moving a trapped animal to a car, people drive the animal several miles away, releasing it near the edge of a forest or other natural location. This solution is great for allowing the animal to adapt to a similar surrounding, while also usually stopping it from finding its way back to you.

Alternatively, the best last-attempt way to remove a trapped animal is to call a professional. These wildlife guys are the best at removing animals, guaranteeing they’ll get a safe home elsewhere with adequate food, water, and shelter. If you’re nervous about doing either of the other two removal techniques, calling a professional to relocate the animal is always the best choice.

How to Trap Beavers​ 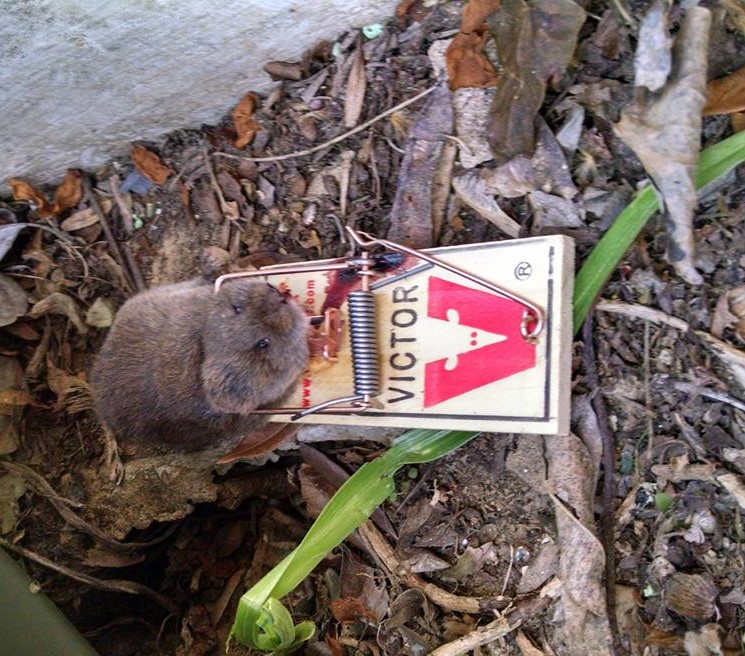 How to trap Voles

How to Trap Gophers 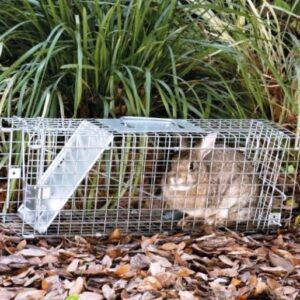 How To Trap Rabbits 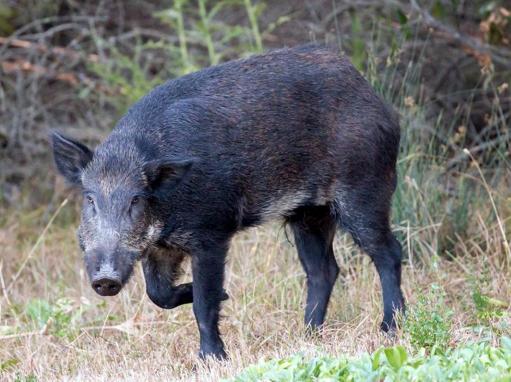 How To Trap Wild Hogs