Given that water is essential to all living things, it should come as no surprise that snakes need it too. What is fascinating, however, is how unique their methods of taking in water are compared to other animals. As you have probably noticed, snakes have a split tongue which is unideal for scooping water into their mouths. Their tongues are also too small to carry a substantial amount of water into their mouths, making it difficult to get enough water at one time.

Scientists and biologists discovered that snakes have creases or folds in their bottom jaw. These folds behave similarly to a sponge, drawing water and sending it into the rest of the snake’s body through the contraction of muscles. The mouth becomes air-tight during this process and the front of the mouth narrows. The tissues then work like capillaries until the snake has drawn enough water into its body. A website known as the Journal of Experimental Biology describes this process as a compression of the oral cavity that forces water down the esophagus. If you search on the internet, you can find a few videos of what this looks like. It often appears as though the snake is gulping water. 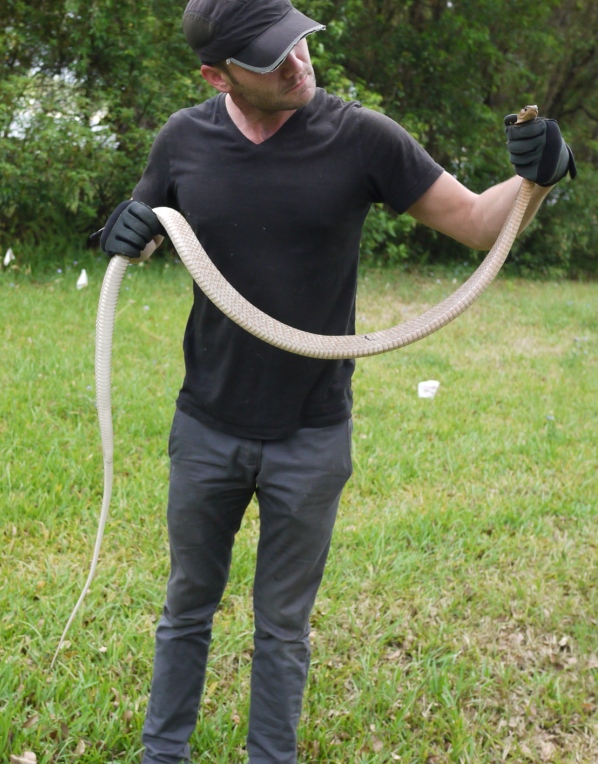 If you have a pet snake or are rescuing one, a method of finding out whether it is dehydrated is by paying attention to the skin around the neck. It is believed that if you stretch this skin and it immediately restores to its original position, then the snake is hydrated. However, if it does not go back to its original position, the snake might be dehydrated. Another tip to follow is changing the water for the pet snake a few times a week. Snakes like drinking fresh water and sometimes like to lay inside the water to loosen their skin during shedding.
A study of the yellow-bellied sea snake also confirmed the hypothesis that snakes only drink fresh water by observing their drinking habits before and after rainfall. Unlike fish which have learned to fully function even while living in saltwater, snakes depend on rainfall which often settles at the surface of the sea. Without this, snakes can actually become dehydrated. One observation that might be pointing to this issue is the reduction of sea snakes in Australia, following decreased rainfall over the past decade or so.

Depending on the species, some snakes do not require a large amount of water to survive. This is especially true for snakes that have learned to survive in the desert.

If you didn’t already find snakes interesting, perhaps now you may see them in a new light!