Where is a snake's habitat?

It’s easier to state where snakes don’t live as opposed to where they do live. With over 3,000 species on earth, you can find them almost anywhere. These muscular reptiles can be found in varied climates and environmental conditions such as swamps, deserts, woods, rainforests, the sea, and even in urban areas! However, due to their cold-blooded nature, they cannot survive in harsh cold conditions. The only places in the world where you will not find native snakes are in Antarctica, Hawaii, Iceland, Ireland, and New Zealand.

Because snakes vary in size, habitat, and diet, their needs and preferences can be extremely different. For instance, the genus laticauda are sea snakes or coral reef snakes and are unable to move on land. Some sea snakes come to the surface for air while others have skin that enables them to let in air. These snakes account for 70 of the 3,000 species and are some of the most venomous snakes. However, due to their short fangs and avoidance of conflict, they don’t often deliver fatal bites. 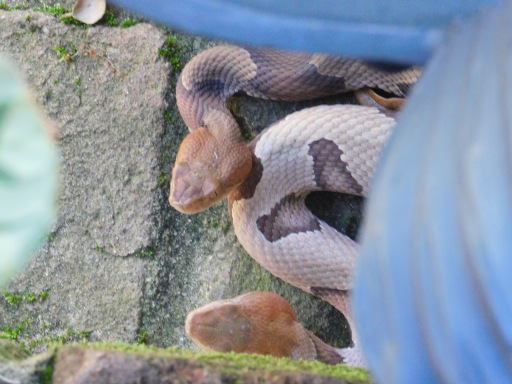 The habitat with the largest number and size of snakes is in tropical climates such as rainforests. Here, they have an abundance of prey to select and environments that make it easier to regulate their body heat. There are also about 5 species of snakes that ‘fly’, which makes snakes’ different capabilities fascinating. In desert areas, a snake such as a cobra can go for months without food. They often roam in the morning to bask and then shelter themselves when the heat is at its peak. When snakes need to cool their bodies, they sometimes hide under rocks, boulders, crevices, or even burrowed holes underground. Snake scales are also believed to trap in moisture, although not all snakes have scales all over their bodies.

While many snakes don’t guard their eggs after hatching them, pythons will fiercely guard their eggs in locations obscured from predators and disturbance. Other snakes will give live birth and allow their young to adapt. In areas such as woods, snakes’ scales blend in with the colors in the environment, making them more difficult to spot.

Snakes can also be found in urban areas if they can find food there. The most common ones you will find are garter snakes, brown snakes, racers, and rat snakes. Garter snakes are much smaller and feed on fish, amphibians, and earthworms. This is why they are sometimes found in people’s gardens. A snake such as a rat snake can find its way even into people’s homes in search of rats and mice. This makes urban areas good locations for some snakes due to food sources and hiding places. Other times they might wander into the area if you live close to a swamp or the woods. It is advisable to keep your grass trimmed and take care of any debris or logs on your property in order to decrease the chances of a snake making its home on your compound.