All About Nuisance Pigeons

If you ever wanted to know what would happen if you took nature’s worst pest and gave it wings, you have almost certainly seen one before. Often called “rats with wings”, pigeons are one of, if not the most problematic species humanity faces.

The common Rock Pigeon is easy to distinguish from other birds due to their gray bodies, black wing bars, luminous green-blue necks, and recognizable cooing sound. Chances are, you have seen one up close because pigeons have adapted to be utterly unfazed by the presence of people. When confronted, they will of course back away, but then just as swiftly resume whatever it was they were doing as if nothing had happened. On average, pigeons in the wild live for 3 to 4 years, although they can live as long as 6 years. The oldest ever recorded was an army messenger pigeon called Live that reached 31 years old.

In addition, pigeons are not overly aggressive creatures. They are highly unlikely to attack humans or any other species for that matter, with the only really notable exception being if their nest is being threatened. If this happens, they will puff up their chest, flap their wings, and make noises to deter any predators. However, people in cities rarely come into contact with their nests as they prefer to build them on the ledges of windows and buildings. 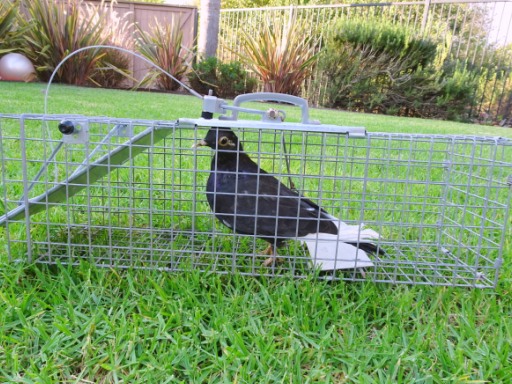 On the other hand, pigeons do face a number of predators, including peregrine falcons and cats, whilst their nests are often targeted by opossums, raccoons, crows, and owls. But regardless of them not being aggressive, humans should still keep their distance because, like rats, pigeons still carry a number of diseases.

Their feces in particular can be an issue, as they tend to excrete a lot, and it can attract other pests like insects or even other pigeons, as well as spread diseases and encourage mold to grow if left alone for long.

Estimates suggest there are well over 400 million pigeons in existence today, which is undoubtedly a testament to their survival skills and ability to evade and outwit humans at every turn. Like rats, pigeons have a varied diet that makes it very difficult to prevent them from eventually causing a problem. Whilst they naturally tend to eat things like grain or seeds, they have adapted to urban areas, especially in cities where food is, purposefully or otherwise, in abundance.

Despite their reputation, however, pigeons are remarkably smart creatures. According to one study, pigeons may be the only creature that is not a mammal that can recognize themselves in mirrors, which also makes them one of just six species in the world that can. They are also renowned for their navigation abilities; it is theorized that homing or messenger pigeons use magnetic field lines, as well as their other senses, to return home.