Whilst birds are usually a valuable part of the natural environment, some, in particular pigeons, are nothing short of a nuisance. Not only do they seemingly infest every public space and property, but they also are a carrier of many diseases, some of them particularly harmful. These diseases come from two primary sources: fleas from the pigeons’ feathers, and their feces, known as guano. 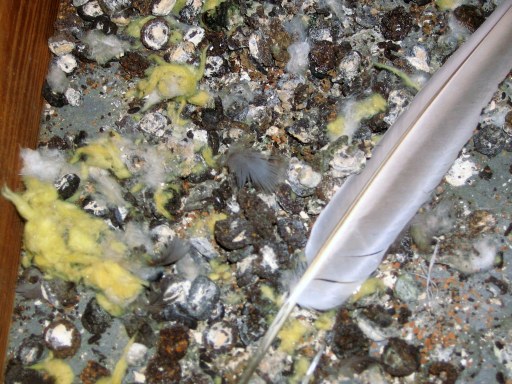 In this article, we will detail the three main diseases pigeons are known to carry, and the damage they can cause.

Histoplasmosis is a fungal disease, growing in the guano of pigeons that has the potential to cause serious damage. It is particularly damaging due to the fact that many healthy people may carry the disease and be asymptomatic, but still infectious, having the potential to infect other, less healthy people. This disease primarily targets the respiratory system, namely the lungs. For relatively healthy people, the symptoms often are just minor respiratory problems, such as coughing and wheezing. However, if it is left untreated, and your immune system is weak, histoplasmosis has the potential to develop into disseminated histoplasmosis, spreading to other organs of the body, causing them to fail with potentially fatal consequences. Therefore, if you have an existing condition that weakens the immune system, such as AIDS, this can be a very serious disease. Smokers must also be aware, as the damage that smoking does to the lungs can prevent them from dealing with the fungus. Other complications may arise, such as pneumonia and the scarring of the retina. Usually, amongst those with mild symptoms, histoplasmosis does not need treatment, as the immune system will deal with it. If treatment is necessary, it comes in the form of antifungal medications. Thankfully, only 5% of those infected will need such treatments.

Cryptococcosis is another potentially fatal fungal disease but thankfully is not common in people who do not have an existing immune deficient condition. However, for those with AIDS and other conditions that weaken the immune system, this disease is something to worry about. Once again, it is caused by a fungus found in the guano of pigeons and other birds, and is one of the most common AIDS-defining illnesses. Symptoms get progressively worse over a number of weeks: they may start off with simply a fever and a headache but will evolve to confusion, hallucinations and potentially meningitis, a condition that affects the brain. If this condition takes place outside the central nervous system, a lumbar puncture is necessary, where a needle is injected into the spinal cord. Other treatments include flucytosine and amphotericin B.

This is a disease mainly found in parrots and other exotic birds, but pigeons are also known carriers. Unlike the other diseases, psittacosis is not a fungal disease, but rather zoonotic, meaning it passes from the surface of the animal onto the human. Thankfully, the disease is not very contagious when it comes to human contact, and less than 1% of those infected dies, but it still has the potential to do lasting damage to vital organs. The disease usually starts with nothing but a mild cough, but within half a month can cause meningitis, diarrhea, migraines, and the inflammation of joints and organs. Organ damage can be seen on X-rays and can result in the need for surgery or transplants.

Pneumonia is also a common complication, often needing treatment in intensive care. Treatment is usually efficient and effective, with antibiotics such as tetracycline and chloramphenicol usually enough. However, for the most seriously ill, doxycycline hyclate is sometimes necessary.