The Mating Habits of Bats

Bat have one of the most unique mating habits of all animals. It’s a little bit romantic, a little bit creepy, and a lot more interesting than the typical male-female relation. Bats typically mate in the springtime, so there a number of signs they look for before reproducing.

The Environmental Aspect of Mating Habits

Weather is possibly the most influential factor in the bat breeding cycle. Springtime is mating season for most animals, but for bats, the reason may be different. It takes a little less than two months to rear newly born pups before they’re ready to be on their own. Based on this, bats could mate in late winter, spring, and summer for their pups to be self-sufficient. 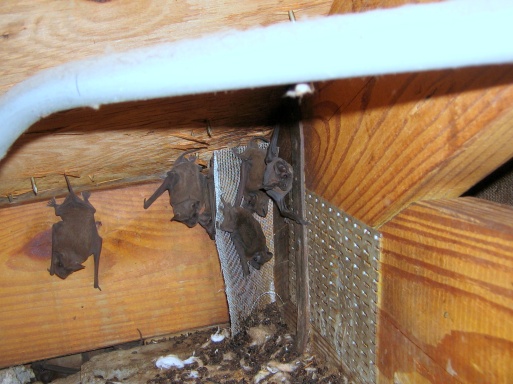 So why do they choose springtime? Spring is when insects are hatching, and insects mean food. It takes a lot of energy for female bats to birth and raise their pups, so they need an abundance of food.

Female bats actually have a peculiar backup plan for reproduction. Their mating habits are typically the same as any other animal: male and female copulate and eggs are inseminated. With bats, if there is a reason not to immediately inseminate the eggs due to something like a lack of food or warmth, the female bats can store their partner’s semen in a special gland and use it later when they are ready.

As with most animals, the female is the one that chooses her partner. It may seem like male bats fly around at night and copulate with as many females as possible (which isn’t far from the truth), but males are actually selected and know when they’ve been dismissed. Female bats will position themselves close to the male they deem most attractive based on the high pitch of the male’s mating call.

Once the male bat is selected, he will bite her on the neck to wake her up during the night and then they copulate. If they are mating during the day, he will rub against her neck instead of biting. It’s a little romantic in a Dracula-sense.

Bats are able to mate as early as 14 months old. They are birthed, taught how to hunt and survive, and then seemingly instantly reproduce. Just because they can reproduce doesn’t mean they do. Male bats may not be selected to reproduce during mating season, and female bats may not select anyone to reproduce with. It’s not as if every night they are copulating as much as possible. There is a method to it all.

If you hear screeching in the springtime, it could be a bat’s mating call. Now is the time to make sure your house is bat-proof. You wouldn’t want any of their mating habits happening in your attic.